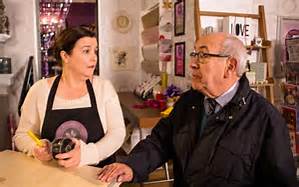 
So, where to begin? It probably has to be with the revelation of Mary Taylor's baby son. Baby Jude was born when Mary was just 14 years old. The father was a minister, a pillar of the community, someone for whom Mary baby sat. Driving her home one night he stopped the car and raped her. She told no one, but then, inevitably, her pregnancy began to show. Her mother never once asked if her pregnant daughter, at the tender age of 14, was alright. Instead, her mother wept with disappointment and Mary wept too, for causing her mother distress. What a terrible secret for Mary to harbour. And though it was possible that something of this order may descend into melodrama, in Patti Clare's capable hands, there was no suggestion of it.

There was a surprise too, by the way in which Norris appeared genuinely concerned. Aware of his reputation for inquisitiveness, this sincere concern is of a different order to his general day to day meddling. Mary is his friend and he does care about her. Norris asks 'Why now,' and Mary's answer is as quick as a flash. 'Ken.' she states. This reaction is psychologically convincing. She has observed Ken's family gather round and recognises with great sadness that the same would not happen for her in similar circumstances. 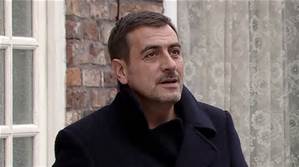 And now to Peter and the question we would all like answering - Who exactly is his mystery woman?
Could it possibly be Leanne? He says it's complicated, which, if Leanne was the mystery woman, that would indeed be the case. Let us remind ourselves that she is pregnant with Steve Macdonald's baby, but people believe it is Nick's baby. Nick and Leanne are back together for the third or fourth time. Has Peter realised that, after all, it is Leanne he wants? Out shopping, weren't they getting on well! Leanne was laughing and reminiscing about her and Toyah and their adoration of Bros. Very cosy, it seemed,  and they didn't even seem to mind too much that the car was clamped. While waiting to be unclamped Peter and Leanne were relaxed and contented. Must make a nice change for Leanne after Nick's dark, brooding expressions when ever Peter is near. Is Nick paranoid? Or does he have good reason to be wary of Peter's motives. Certainly if he had seen Peter reach over to Leanne when they were in the car, he would have been furious but perhaps grateful too, to the unclamper for arriving just at the point where Peter reached across.

Is this all ridiculous speculation? Maniacal conjecture? Maybe, but where women and Peter are concerned, nothing is impossible. There may well be a woman we've never met, just
waiting in the wings... 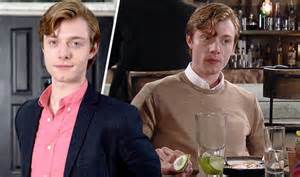 Further intrigue concerns Daniel and his mother Denise. Why did she leave? Why did Daniel lie about the last time he saw her? Why did Denise, according to Daniel, shout a lot? Was Daniel really relieved, as he claimed he was, that as a result of  her departure, their home was now calm. Where is she now? 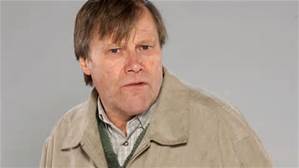 Have I missed something or is Roy still bothered by a rash? And just when will Nessa behave in an age appropriate manner? No, scrap that. When will she learn to behave in a reasonable way for someone of any age? And who will she throw her cap at? Mature (and maybe not so mature) gentlemen of Weatherfield, beware. 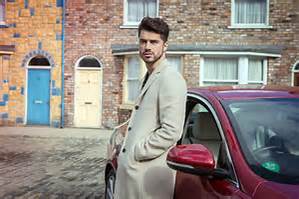 And then there's Adam. What does he do exactly? We've witnessed him engaged in what seemed to be a dodgy phone call. He's annoyed his family members, he's keen on Maria and he is even keener on himself.

The recent storylines, creating interest and intrigue throughout Weatherfield are first class. Thank you to Kate Oates and the writing team for upping their game.