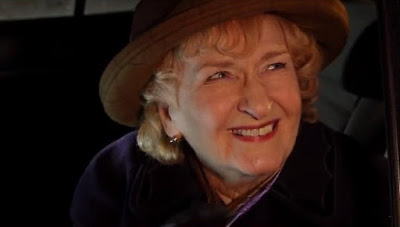 Quotes of the month:
“Sometimes life isn’t very nice,” Audrey tells Gail.
“You don’t have to tell me that, I was married to a serial killer,” Gail replies.

Mary opines about her mother, who by all accounts is a bit of a prude.
“There was a time when she wouldn’t even be seen eating a banana in public.”