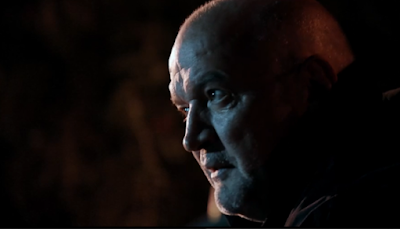 Connor McIntyre, who plays Pat Phelan, has been talking about Michael Rodwell's final scenes in which Phelan left him to die.

He says: "We’re great mates and really enjoyed filming them – it’s a proper Corrie exit. If I can say this without sounding grandiose, it was like a Renaissance painting, when we were out there certainly! It was very dark, it was very cold and they were the last scenes I did with Les so from that point of view, there was a real weight around the evening. I hope it doesn’t sound perverse to say that we enjoyed it. It was a great piece of writing to be involved with."
Asked if he's enjoying his time on Coronation Street, Connor says: "It’s tip top and the best place to be for me – they’re going to have to get me out with a crowbar or maybe even a JCB!"