Vicky Entwistle - from Corrie to Carabosse in a perfect panto 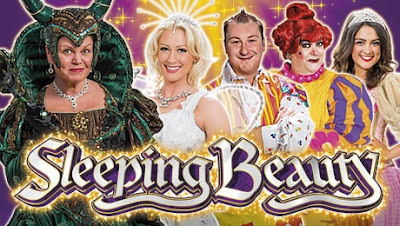 Last year's panto at the Sunderland Empire was Aladdin and it starred Terence Maynard, better known to Corrie fans as Tony Stewart.  Terence was wonderful in his panto role and he hammed it up in perfect panto style - my review of last year's panto is here.

This year's panto is Sleeping Beauty with Corrie's Janice Battersby - actress Vicky Entwistle - playing the part of the evil Carabosse.  What joy it was to boo and hiss every time she came on stage. She really was wonderful in the role, it's the first time I've seen Vicky in anything outside of Coronation Street and she looked as if she was enjoying playing the panto baddie a great deal.  She absolutely stole the show during Carabosse's song and dance routine, singing the song "I'm a bad fairy"... wonderful stuff. 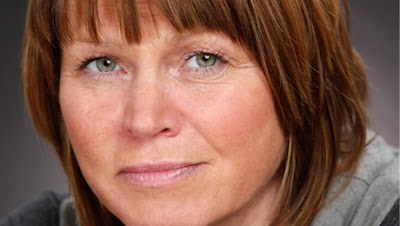 Since leaving Coronation Street as Janice Battersby, Vicky has appeared in numerous stage productions including the UK tours of Funny Peculiar, The Vagina Monologues, The Rise and Fall of Little Voice and made her West End debut playing Madame Thernardier in Les Miserables.  She has recently played the role of Francis Whittaker in Father Brown series five for the BBC.

I do wonder, now that Toyah is returning to Coronation Street this Christmas, whether this might herald the return of Janice as Toyah's mum some time in the future? Let's hope so.

There were a couple of Corrie-related references thrown in to the pantomime from Vicky's character. But the best was when the story had to move 100 years into the future, after which the King asked: "I wonder if Ken Barlow is still in Coronation Street?" 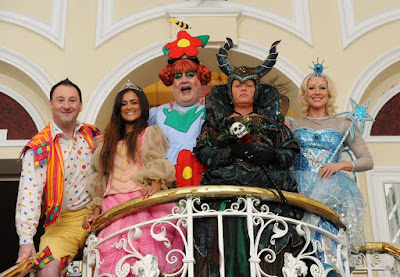 The panto this year at the Sunderland Empire was one of the best I've seen there in the last few years. Trying to pin down what makes it so special is a little like trying to say what's magical about Christmas. I just can't quite put my finger on what made it so good. The whole panto cast were magnificient, and it was a very strong performance from all of them.

However, for me, Bobby Crush as panto dame Nurse Nelly was an abolute delight. I grew up watching Bobby on telly playing his piano and as a panto dame he's one of the best I've seen. Faye Tozer as the Good Fairy puts in a great performance with the kids (and me) in the audience going wild when she did a Steps-medley including Tragedy!

And I have to give full credit to Andrew Agnew who played Silly Billy (and also directed the panto). I've never watched Balamory for which Andrew is most well-known, but his presence on stage is magical and I was clapping and singing along with him everytime he appeared - and doing the jazz hands too. What a treat he was.

In short - this is one of the best pantos I've seen in recent years at the Sunderland Empire.  Vicky Entwistle is definitely worth watching on stage and I'd be very keen to see more of her in different productions on stage after having seen her in panto.