Ben Price on his new film made by Coronation Street team 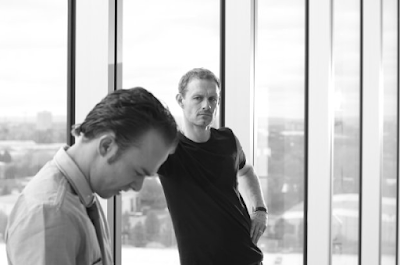 Ben Price, who plays Nick Tilsley in Coronation Street, has been talking to Metro about a new film that's he made with some of the Corrie cast and crew.

Ben has written and directed a second short film starring his Corrie co-stars Jack P Shepherd (David Platt) and Ian Puleston-Davies (Owen Armstrong). The film's called Taubman and it follows a man with Jewish roots attempting to obtain a passport in a futuristic looking environment from a controlling beurocrat who is seeking to refuse him.

Ben says: "All the people at Corrie worked on this. It’s done completely with the talent at Corrie – the edit, the sound, the music, the look – that’s all down to the people that work here. It’s an amazing collaboration. They’re not really my films, they’re everyone’s.

"This is a film from all of us at Corrie which is not confined to what we have to show on ITV. You make what you make, this is our film – if people don’t like it, they don’t like it. You just have to try. Anything that comes from it, it’s all a bonus. I love being at Corrie and I love doing this – to do both, we’re all very lucky!