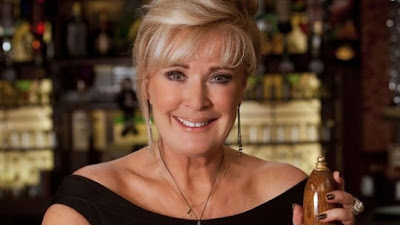 The barmaid who’s been the Rovers landlady on and off since 2006.

Originally married to Jim and mother to twins Steve and Andy, Liz embodied the strong woman that had been the core of Corrie’s success since the beginning. A no-messing character, upon her arrival she struck up a friendship with Deirdre Barlow that lasted until Deirdre’s death.

Before she became the Rovers landlady, she did have a brief stint as landlady of rival pub The Queens in the 1990s.

Like every Corrie woman, she suffered lots of drama and heartache: she lost her daughter Katie prematurely, Jim abused her, she divorced and remarried and divorced Jim and she married drummer Vernon Tomlin only to divorce him as well.

She fulfilled her dream of running the Rovers in 2006 and did so until she left in 2011. She returned in 2013 and has since been a strong presence behind the bar and many say that she echoes the qualities of Bet Gilroy as landlady. Despite nearing 60, Liz isn’t going to grow old gracefully with her questionable choice of clothes and shoes. She is indeed the best landlady the Rovers has had in a while.

Are you a fan of Liz?