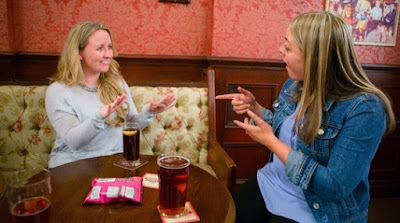 This week is Deaf Awareness Week and Coronation Street will be playing its part either tonight or tomorrow night on Canadian CBC screens.

Sign language will feature in scenes in the Rovers, bought to life by signing actors Emma Wilding and Haylie Jones, pictured above. 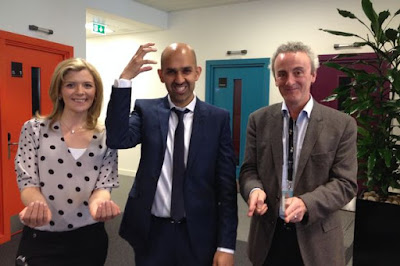 During Asif's visit he met Michael Le Vell, who plays Kevin Webster, and learned how the actor had learned to communicate clearly from his deaf neighbours.  He also chatted to Cherylee Houston, who plays Izzy Armstrong and is a Level 2 BSL user. 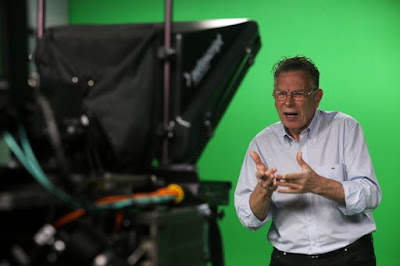 And Gateshead man Alex Duguid has been featured online. At 72 he is ITV's oldest employee and is the on screen face of British Sign Language translations for some of the stations well known programmes including Coronation Street. 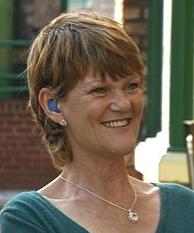