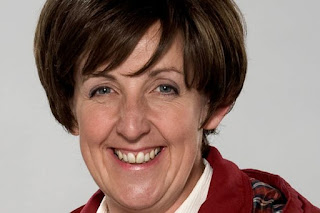 Introduced as a supervisor at Firman’s Freezers supermarket who befriended Alma Baldwin, Hayley caused controversy as being the first transsexual character in Corrie history. But over the years, viewers grew to accept Hayley for who she was and she became a firm favourite.

Soon after her arrival, Hayley and her red anorak were paired off with eccentric greasy spoon owner Roy Cropper and although hesitant at first, Roy also accepted who Hayley was and in 1999, as they couldn’t marry, they were blessed.

Hayley was soon hired as a machinist at the factory, a job she continued to do until her illness. She also did stints as supervisor. Hayley showed a maternal instinct over the years and took in many including Wayne Hayes, Fiz Brown, Chesney Brown and Becky Granger and became an agony aunt to many of the residents. In her last years, she formed an unlikely friendship with her boss Carla Connor. Despite being chalk and cheese, they respected each other.

Roy and Hayley were one of soap’s most secure couples but it wasn’t always plain sailing for them – Hayley went to prison for kidnapping; Roy attempted suicide due to toxic Tracy’s torment when she lied about Roy fathering her daughter Amy when it was in fact Steve McDonald; the revelation that Hayley had fathered a son; and Roy being nearly drowned by Tony Gordon.

In 2013, Hayley received the devastating news that she had terminal pancreatic cancer. With only months to live, she made up a bucket list which included dancing in Blackpool Tower and dipping in the sea; and re-visiting the place where she kissed Roy for the first time. Hayley made the controversial choice of ending her own life by taking an overdose. Roy was devastated when Hayley passed away in her arms.

Were you a fan of Hayley?