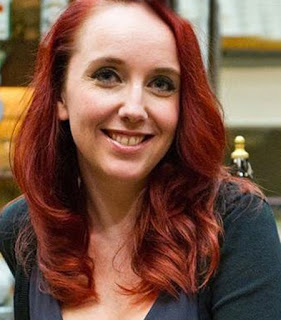 And The Mirror is quoting her as saying she would like to bring back some old characters - and introduce a hunk like Poldark's Aidan Turner.

Kate is quoted in The Mirror saying: “British TV has really raised its game. There is Aidan Turner and there are a few others like him at the moment. There is a lot of talent out there and some of it is very handsome. Someone like Aidan would be brilliant. Since having time off at the beginning of the year I’ve been watching lots and lots of TV and taking it all in.”

Kate highlights Carla Connor’s rape and Sally Webster’s cancer battle as two of her all time favourite Corrie storylines. She says: “I think when Sally had cancer, that was a fascinating one simply because of what the actress bought to it and her own perspective.

"The character is quite spikey in places then you see that deep vulnerability. It’s any storylines where you see layers of characters that are brilliant.”

As well as drawing on her own life, she says she will tackle issues like extremism if it’s right for the show.

Kate says: “Everyone says am I going to shake it up? It’s such a long standing show that you have to respect what is there and it’s history. For me it’s about telling the best stories I can and using the characters the best way I can. You just want to tell the most engaging, thought provoking, heartfelt stories you can. It’s about balance the whole time.”

Here's looking forward to what the future will bring on Coronation Street with Kate Oates at the helm!