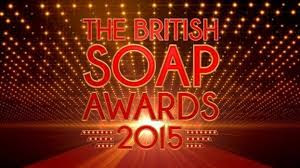 Voting in the shortlist for the British Soap Awards is now open in three categories as below.

From Coronation Street, we have the following to vote for:

All other categories are decided by a soaps panel.  The awards ceremony will take place later this month, with Philip Schofield hosting the event.

Voting closes on Friday 27 May at 5pm. Vote here.