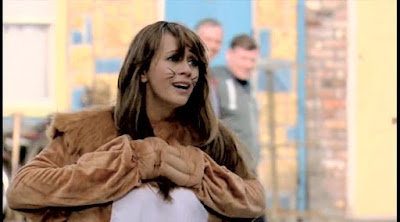 Wizard of Oz award: Tin Man award: Norris the Tin Man. And Rita's right. He might have a heart but it's buried very deep. And Maria, dressing up as the Lion.

Little Ray of Sunshine award: Nick is volatile, tempermental, sarcastic and rude. Someone wee in your conflakes, Tilsley?

Musical (ironic) ambiance: Sweet Dreams by the Eurythmics while Carla is on the phone to Kate on her cancelled wedding day.

Secrets and Lies: Maria has a secret husband! And she's a crap liar.

Superman award: Norris is able to leap to tall conclusions in a single bound. Always the wrong ones, of course. 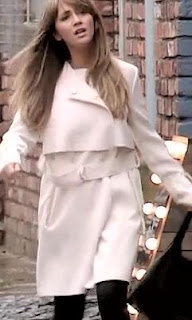 Lines of the week:
Kirk: "they used to think I was stoned in school all the time" Beth "I thought you said you never smoked in your life?" Kirk "I didn't. This was just my natural expression!"
Nick "I must have listened to Karma Chamelion three times and believe me, it doesn't get better with repetition"
Carla to Nick "Just because you're the godfather, doesn't make you Marlon Brando"
Nick "Considering who the father is, she'll be lucky the baby doesn't burst into flames when Billy starts sloshing the holy water around"
Gail about godparents "Todd Grimshaw and Carla Connor. Now I've heard it all"
Lauren's mother: "It's like the flamin' Addams family, I keep expecting a hand to scuttle across the floor!"
Nick to David "Go perm someone's hair. Give us all a break"
Rita "Norris, is there any metal in you? Because you always strike me as the Tin Man. No Heart."
Audrey "I didn't come down with the last shower"
Cathy "You can't really beat a singing pig"
David to Audrey "If I drive like you, we won't get to the wholesaler's till Sunday!"
Norris to Tyrone "Listen to me, Jed Clampett"
Audrey to David at the sight of Maria in a lion costume "Film it for me!"
Mary to Norris "Don't spoil it, Norris, a half-baked apology is worse than no apology at all"