Corrie Canada Weekly Awards for May 2 - 6 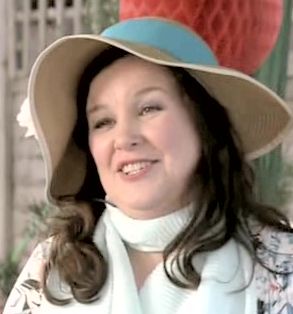 Garden Party fashion award: Mary is all dressed up for a party!

Caveman Fail: Tim tried to show off in front of Steve. It only got him a dressing down. Steve tried it too. He got shot down and all.

Pants on Fire award: Nick is lying to David and Carla about his health. Is Caz lying about her injury? Her story doesn't quite add up.

Taking your life in your hands: Tim dared to criticize Eileen's telephone manner!

Double standard award: Michelle is upset that Steve told Tim about their non-sex life. You can bet she was telling Carla about the very same thing, though.

Lines of the week:
Tim "I'm just going to take Steve upstairs and show him where the magic happens" Sally "WHAT????"
Tim to Sally "Shouldn't you be annoying the neighbours?"
Audrey "If I can't make an effort for me grandson's wedding, it's a rum do"
Yasmeen "The fact that it will annoy the hell out of Sally Metcalf is a bonus"
Gemma "Everyone deserves to say goodbye to the ones they love"