Gemma Winter spreads a little Summer on the cobbles 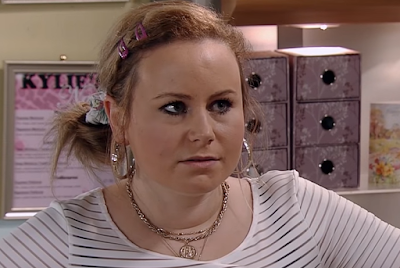 (This post was originally posted by Ruth Owen on the Coronation Street Blog in May 2016.)


What is she like? Who? Gemma Winter, of course. She first appeared in a rundown pub in October 2014. She is one of those characters who certainly divides opinion. Initially, I found her nothing more than an irritant, a sidekick to the drug dealer Callum and his henchmen and an old friend of Kylie's. She was loud, brazen and brash; her only claim to anything was that Callum trusted her, as it surely seemed he did. She wore his trust as a badge of pride, subsequently revealing that she was/is in love with him.

The odd thing is that Gemma is still very outspoken, brash and brazen, but now, I find those characteristics refreshing - all irritation vanished. The reason for the disappearance of the annoyance is that Gemma is no longer in the shadow of Callum and has become a character in her own right. I relish every moment she is on screen. Her dealings with Bethany's bullies were impressive and suggests that she has long experience in dealing with girls such as Lauren and her crew. 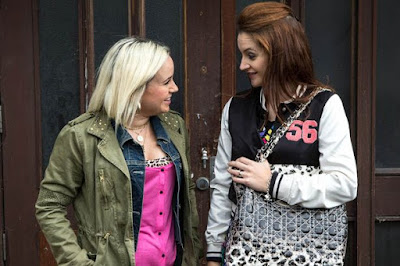 Despite her rough and ready approach to life, there lurks a certain vulnerability about her. This was displayed in her getting together with Jason. She provided comfort after Jason had propositioned Eva and received a knockback. I was impressed by Eileen giving Jason a piece of her mind concerning his using Gemma. Eileen's words must have hit home because later Jason invites Gemma for a drink in The Rovers. He apologises too for his ungentlemanly treatment of her and is more than happy to accept, though is clearly surprised. One night stands may be the norm for Gemma, so for a man to treat her as a human being may well have been both pleasing and surprising. Gemma accepts Jason's invitation with alacrity and plonks herself down opposite Phelan and Eileen.

We know almost nothing about her background, but it seems that there was nothing much in it that could be described as stable. Does she have a family somewhere? Was she brought up in care? Over the coming weeks these details will perhaps be revealed.

My hope is that she is kept on long after the 'reappearance' of Callum. She is of a similar type to Becky and Kylie and look how well those characters evolved.

Dolly-Rose Campbell, who plays Gemma, is a skilled performer - more of her characterisation of Gemma Winter please. Many say that Corrie is lacking in humour lately - well here is Gemma to provide some, as well as casting a little sunlight on those often too gloomy cobbles.