Todd Grimshaw - whatever did happen to him in that London? 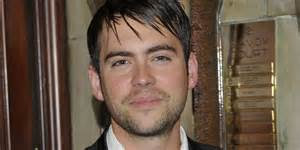 (This post was originally posted by Ruth Owen on the Coronation Street Blog in March 2016, reposted to this blog with permission.)

This is the great unanswered question. - what exactly did happen to Todd in London?  When Todd returned home to Weatherfield and number 11, from London in 2013, there was clearly a reason, but, as yet, that reason has not been revealed. We can surmise, conjecture and speculate, but the actual truth would be far preferable. For what it's worth, I would imagine he couldn't repay debts or couldn't afford the astronomical London rents. Or perhaps he caused, or at least was somehow involved in, a nasty break up.

So what happens in circumstances such as these? Have the writers forgotten to explain the reason why Todd returned home? Or have they decided to shelve it and when we have all forgotten about it, a big reveal will come our way. It is frustrating either way, if one of these is the plan, as the viewer may lose interest in the reason for his return, as it was so long ago.  If either of these possibilities is the case, then we have lost a moment of great drama. There could have been a conversation between Todd and his mum, maybe with Jason and Sean also partaking, as Sean is like a brother to both Grimshaw boys.

When I interviewed Bruno Langley, who plays Todd, at the old set in 2013, the revelation as to what had brought Todd back home was trumpeted as a great thing to come. Not so much a trumpet then - more a broken penny whistle.

Regarding Todd himself and his role and development in the show, we will all have noticed an improvement. His support and concern for Sarah during her pregnancy  has been heart warming, all the more so because there is nothing that he can gain from helping her. His motives appear to be wholly altruistic - a wish to support his ex-girlfriend and to give her strength after the tragedy of their baby Billy's death.

His concern for Bethany has been impressive too, albeit that Gemma's 'see off the bully' technique far outstrips the more gentle methods.

At one time it was hard to believe that there was any good in him at all. Taking a brief look back, he stated an affair with Marcus when Marcus was with Maria. He even admitted to Jason's dad, Tony, that he was using Marcus. 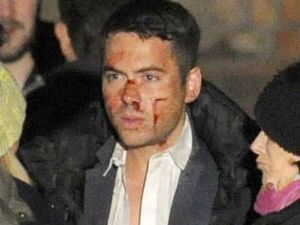 At the building yard Todd cut corners to make the job cheaper, resulting in Tyrone falling through the cheap floorboards and sustaining serious injuries. Todd's family took umbrage but Todd tried to make amends by taking his family out for a meal. They didn't turn up, and Todd blamed them for his assault, that same evening, by a gang of thugs who stole his phone, beat him up and caused a permanent scar on his face.

Todd, out of vindictiveness and revenge decided to ruin his mother Eileen's relationship with Adrian, who Eileen liked. Todd adopted the identity of 'Jeff' online, and 'Jeff' said he would meet Eileen in the Bistro, as well as promising her the earth. Todd relished the moment when he was able to humiliate his mother. 'Oh you stupid old bat,' he said.

In revenge against his brother, Todd was at least partly responsible for the breakup of Jason and Eva, a relationship in which the two of them seemed to be most suited.

Then again, it does bear remembering too, that Todd, on hearing that Jason had been beaten up by Callum Logan, went to the hospital to ask about kidney donation when he believed his brother needed a kidney. In the end, Jason didn't need a kidney, but it does show that like most bad people, he is not ALL bad. An exception here may be Tracy Barlow.

So what now for Todd? Is he really going to carry on working at Preston's Petals with Tracy as his boss? Viewers will remember how well he was doing at school and how Eileen believed that Sarah Platt was holding him back. Both Eileen and Todd had hopes of a university education for him in one of the best institutions in the country.

It may well be that Todd's best work is yet to come. Already suspicious of Phelan's motives regarding Eileen, Todd may be the one to ward his mother off him after witnessing a dodgy Phelan action. It may well cause a row between Todd and Jason and Todd and his mother. But isn't that par for the course?

Todd is worthy of redemption and we are worthy of discovering just what did happen in that there London. Pleeeaaase...