Claire King worries Erica will be axed from Corrie 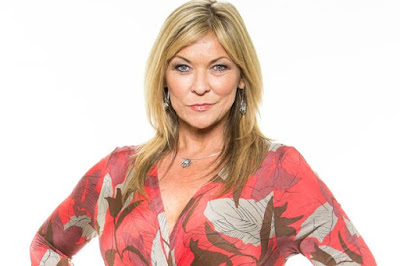 Claire King, who plays Erica Holroyd on Coronation Street, has spoken today about her fears that she might be axed from the show when the new producer Kate Oates comes in.

In an interview with The Mirror today, Claire says: “I don’t know if I will be safe. They always like to put their own stamp on things, I have been around the block a few times so I know how it works.

“It will be fine if she feels the character does not work. We are all self-employed and you adapt and change when things happen.”

When new Corrie producer Kate Oates worked at Emmerdale she killed off a number of characters in a helicopter crash.

I do hope Claire doesn't get the chop as I'm enjoying Erica a lot. I just wish they'd kept her strong and single instead of pairing her off with comedy Dev.

What you do you reckon?

I could think of a ton of people who could be axed before Erica.

I like her and her character and she can act. They need to develop Erica's role.