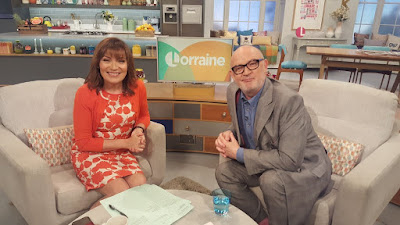 Connor McIntyre, who plays Pat Phelan on Coronation Street, was interviewed on ITV's Lorraine this morning.  Connor's up for the award of Best Villain in this year's Soap Awards. It's a panel vote, so fans can't vote in this category.

The awards takes place on Saturday, May 28 in London and was screened on ITV on Sunday.  Warning, we will have the results of the Soap Awards on the blog on Sunday before it's screened on TV.

Connor talks about playing Phelan of course and comes across as a really nice bloke. He credits the storyliners and writers for creating Phelan and making him so complex.  He says that Phelan was only supposed to be in Corrie for three episodes but was brought back by public demand as the fans loved him so much.