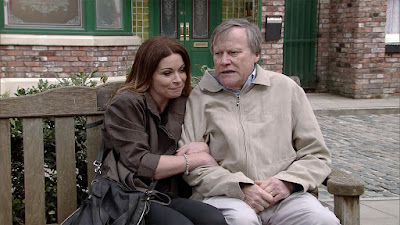 Yay! After months away from the show while actor David Neilson starred in a stage play, Roy Cropper returns to Coronation Street this week.

On screen, Roy's absence has been explained with him away in Hastings looking after his poorly mum Sylvia.

However, his return is set to cause a bit of drama when he finds out that Cathy has let Alex move into the flat above the caff.

I've missed Roy a lot and will be glad to see him back.