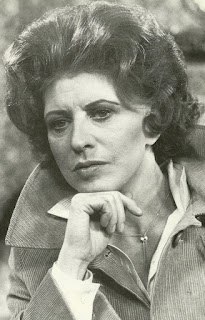 On-screen for 21 years, Elsie worked her way through four marriages and nearly 20 boyfriends. Married to Arnold for 23 years (although estranged for 16), then Steve Tanner for a few months, Alan Howard for 8 years and Bill Gregory for 20 years (as revealed by son Dennis in 2011). Mother to Linda and Dennis, she also became a mother figure to the likes of Suzie Birchall, Gail Potter and Marion Willis.

As well as her romantic liaisons, Elsie is also best remembered for her legendary catfights with the likes of Ena Sharples, Hilda Ogden and Annie Walker. She also had a love/hate relationship with Rita due to her close friendship and past dalliance with Len. Elsie saw Len as her confidante and not her hubby and he was there for her during her turbulent marriages to Steve Tanner and Alan Howard. Elsie was genuinely happy when Len married Rita Littlewood (who saw Elsie as a threat) and was devastated when he died in 1983.

Elsie left the street for the first time in 1973 when she joined husband Alan when he got a job in Newcastle. She returned alone in 1976. In 1984 she was offered the chance to join old flame Bill Gregory in Portugal. Jobless and having lost old pal Len, she felt there was nothing left for her in the street and did a midnight flit. Asked by the taxi driver if she was to return, she gave a knowing smile and uttered: “Ah, now there’s a question!”. With Phoenix’ death in 1986, sadly Elsie never did tread the cobbles again.

Were you a fan of Elsie?