Yay or Nay - Leanne and Robert as a Corrie couple? 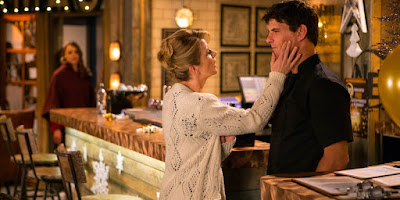 Ooh, well then.  Judging by the comments that Coronation Street fans are leaving here and over on the Coronation Street Blog, it's clear that many of us would like to see Leanne and Robert getting together in the show.

I'm no fan of Tracy and Robert together, they just don't seem to work for me.  I always hoped Robert and Carla might get together after their sub-duvet shenanigans, but it doesn't appear so.  But Robert and Leanne? I'm not so sure, although there are plenty leaving comments on the Blog who would most definitely put these two together.

Last week we saw Leanne declare that she's gone back to her surname of Battersby. And if that's not a recipe for trouble I don't know what is. It could be fun if they did get together. So what do you say about Leanne and Robert as a couple? Yay or Nay?