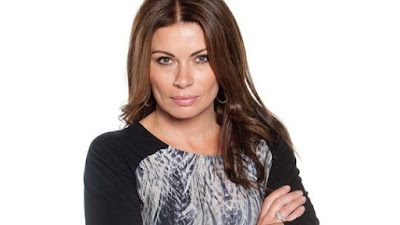 The sassy owner of Underworld since 2006.

Carla’s not had an easy life. She lost first husband Paul in a car crash; she married evil businessman Tony Gordon who eventually tried to kill her; she had an affair with brother-in-law Liam that ended with Tony arranging his death; she was raped by Frank Foster; and she married Peter Barlow who had an affair with Tina McIntyre. Phew!

Carla’s always sailed by the brink in the business sense as well. Many times Underworld’s future has been under threat. But somehow the gods always smile on her as saviours in the guise of Luke Strong, Frank Foster, Tony Gordon, Nick Tilsley and more recently Johnny and Aidan Connor have come to her rescue. It is this aspect of her life that riles arch enemy Tracy Barlow. Despite leading a car crash life, Carla always comes up smelling of roses.

Carla has maintained various friendships over the years. She has always been close to sister-in-law Michelle. They grew up together and they confide in each other. When she first arrived she shared a strong friendship with Leanne Battersby and it reminded me of the friendship of Bet Lynch and Rita Fairclough. But that soon soured when Leanne learnt of Carla’s feelings towards Peter. Although they are on speaking terms now, they aren’t bosom buddies. I would’ve liked to see these women become friends once more. Another strong friendship for Carla was with Hayley Cropper. Despite being poles apart in personality, they bonded and Carla’s vulnerability showed with her chats with Hayley. And since Hayley’s passing, Carla has become a loyal friend and protector to her widow Roy.

Carla has many demons. As well as having an affair with Liam Connor, she has also had a fling with Robert Preston, to Tracy’s wrath! She is fond of the drink and is also a gambling addict. It was her gambling that nearly drove her to bankruptcy in 2015. She also had an interesting dynamic with her brother Rob Donovan. While Carla looked out for him, it was Rob who paid the price in family loyalty when he murdered Tina McIntyre when he discovered about her affair with Peter. In the end, he blamed Carla for his downfall.

Carla is currently on the verge of marrying Nick Tilsley, although her affair with Robert is a dark shadow on proceedings. Blackmailed by Tracy, Carla is on the verge on leaving Weatherfield for good.

Are you a fan of Carla?