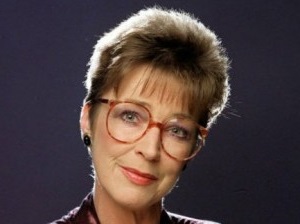 When we think of Deirdre, what comes to mind are the huge glasses she wore for nearly 30 years. As well as the huge glasses, she was also known for her many liaisons with the men of Coronation Street.

After failing to lure Alan Howard from wife Elsie, Deirdre caught the eye of Billy Walker. They were due to marry but Billy fled to Jersey. Soon enough, Deirdre was dating her boss Ray Langton and they married in 1975. Deirdre gave birth to Tracy in 1977 (who’s served time in jail for murder). Ray left Deirdre for Holland in 1978 and she found comfort in Ken Barlow who she married in 1981. Ken adopted Tracy in 1986.

In 1982, Deirdre had a headline affair with Mike Baldwin. A furious Ken found out but forgave her. But it was Ken’s infidelity with Wendy Crozier that led to their separation in 1989 and divorce in 1992. She married Moroccan waiter Samir Rachid in 1994 but he was stabbed to death the following year. Her next boyfriend Jon Lindsay led to Deirdre being wrongly imprisoned for crimes he committed but was released and found comfort again in Ken and they remarried in 2005, to everyone’s delight.

Over the years, Deirdre worked at the builder’s yard, the corner shop, the council and as a receptionist at the medical centre. She also shared close friendships with Liz McDonald, Emily Bishop, Frankie Baldwin, Eileen Grimshaw and Bev Unwin.

While Deirdre was always portrayed as a serious character for most of her life on the street, she became a comedy character in her last years and won a legion of new fans. Indeed, she became a natural successor to her mother Blanche. 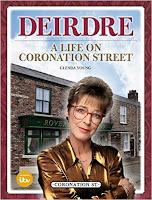 In 2014, Deirdre went to visit Bev as she was under strain from Peter’s impending court case. She never did return to the street and passed away from an aneurysm in 2015, leaving Ken, Tracy and many of the street’s residents in shock.

Were you a fan of Deirdre?