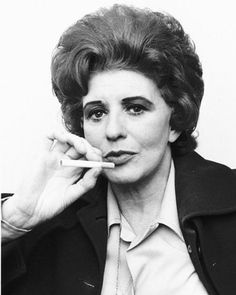 (This post was originally posted by Ruth Owen on the Coronation Street Blog in April 2016.)


I am very pleased to report that my talk on Saturday, April 16 at the Manor Library in Sheffield, about the happenings on the cobbles, was received most warmly. The organiser noted that I didn't appear nervous and that was probably because I wasn't nervous. Many things bother me, I'm not immune from nerves, and some things make me very anxious indeed, but talking to groups of people is not one of them. Having taught for many years is a tremendous help.

The audience was lovely. Fortunately they laughed in the right places and, when invited, asked plenty of questions. I talked them through the decades, and hung on to the theme of Strong Women and Feckless Men. That wasn't difficult as during each decade you can find both.

Most of the audience was interested in the original characters and seemed to imply that Corrie was better then - during the sixties and seventies. Any thoughts on that?

Much loved characters were the ones you would accurately guess - Ena, Elsie, Hilda and Bet. Their absolute favourite? Elsie. The general feeling was that the current characters would not make the iconic status of those four. Only time will tell. I would be delighted if others would add a comment as to whether or not they agree. The average age of the audience was 50+, though there were a couple of teenagers - a boy and a girl.

Their opinions largely concurred with what readers of the blog say in their comments. A wish for more excellent dialogue, excellent characterisation, more humour, fewer affairs and a break from dramatic crashes and fires.

Their favourite current couple? Sally and Tim, of course. Eeh, they're alrayt them Sheffield folk! Especially as I was asked to do another talk at some point!